To kick off their first of many Constitution Day lectures, Associate Justice of the Arizona Supreme Court, Clint Bolick, gave a 40-minute speech and left 20 minutes for questions from attendees.

Being that the School of Civic and Economic Thought and Leadership, or SCETL, is a new school at ASU, it meant a lot to SCTEL Director, 52-year-old Paul Carrese, to have such a prominent speaker at their inaugural event.

“We think the school should be a place where people of different views about contentious topics could come together, and in a civil way, to talk about them,” said Carrese.

There were no seats available in the lecture room where Justice Bolick gave his speech on federalism. He began the speech by sharing a story about how he learned the hard way that he should never mention federalism on a first date.

“Fast forward to 2017, and although I would never venture that federalism has become a sexy topic it is definitely a relevant one,” said Justice Bolick.

Justice Bolick’s speech was even able to stimulate teenagers in attendance. Joshua Reeves, a 17-year-old high school student, heard the 59-year-old Phoenix resident speak once before and was able to compare the two experiences.

“I think it was probably more interesting and impactful today because it was all focused on a single issue,” said Reeves.

Carol McNamara, the Associate Director for Public Programs and Senior Lecturer, explained why this was such a significant speech to start off their inaugural Constitution Day. The Scottsdale resident joked that she will be able to sleep well, given the number of people that were in attendance.

“It means to me that there may be and will be and is a renewed interest in the Constitution. We worry about lawlessness in the United States,” said 56-year-old McNamara.

The School of Civic and Economic Thought and Leadership, or SCETL, is new at ASU and hosting a series of lectures for Constitution Day throughout the next week.

Director Carrese, a Phoenix resident, is encouraging interested students to enroll in the new SCETL classes and expect to see SCETL majors and minors by next fall at ASU. 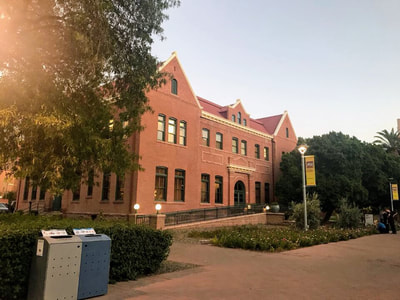 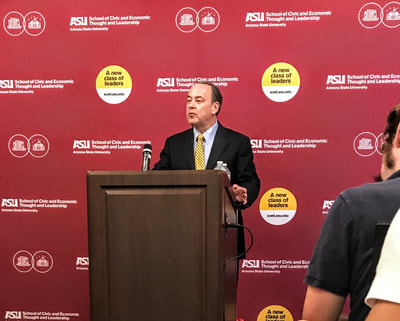 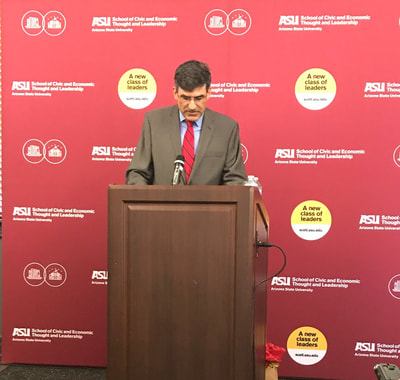 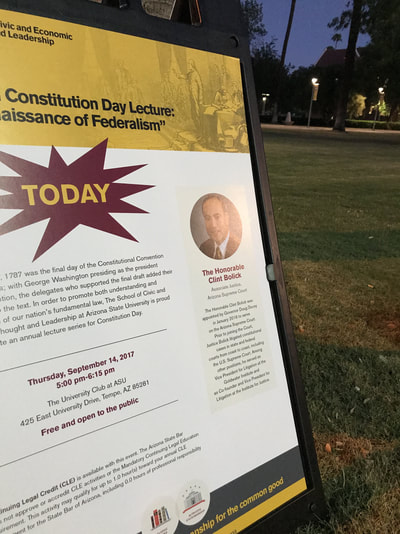